What to Think About When You Cast Off Those Socks

I may have my take on barefoot walking and, while I might share that with you at a later date, I felt that this, the international ‘No Socks Day’, is one of those times when a little expert advice is good to have.

I am very lucky to have access to a wonderful chiropodist, so who better to ask to be a guest blogger, than Andrew Gladstone – you will find Andrew’s details at the end of the post.

“It’s getting warm again and the outside world is calling – the garden, park and the beach.

It’s usually this time of year that I see specific problems with people walking barefoot – especially in areas where shoes would be better!

The most common issue I see with warmer weather is dry cracked heels. These can become very painful, especially if the crack pulls apart the skin under it. They can become very painful, inflamed and in some cases infected. The best method to avoid this is to moisturise your feet frequently (at least every day) with a moisturiser containing UREA. This is a gentle chemical skin softener and used regularly can achieve fantastic results. I usually recommend “Heel Balm“ made by Flexitol – it’s available at most pharmacies. 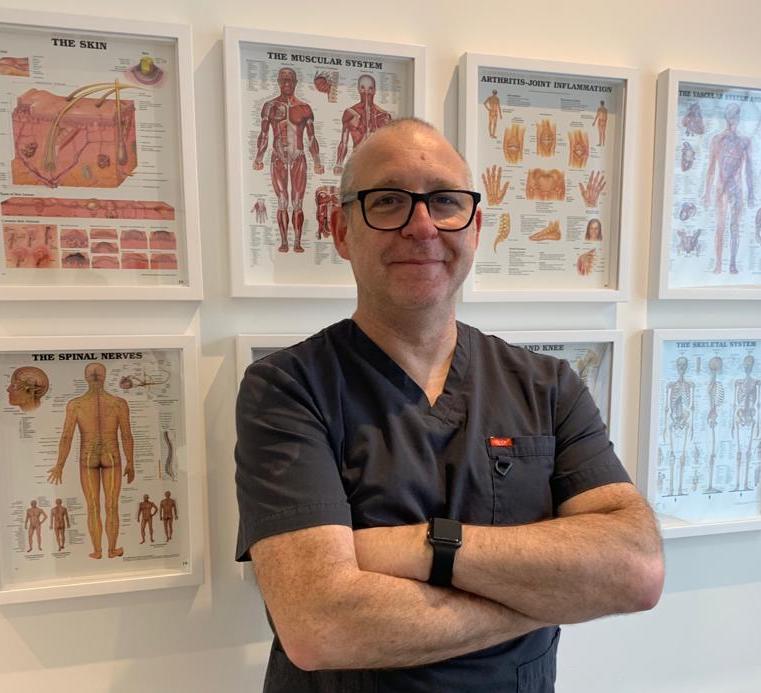 If, however, you’re one of the people who don’t moisturise regularly (that’s most people in fact!) and the crack really hurts then there are fixes.

Firstly, try to get an appointment with a friendly podiatrist. If that’s impossible because they are too busy then I would suggest filling the crack with antiseptic cream (Savlon or Sudocrem) then cover the area with either a gauze and tape or a plaster. Re-apply the plaster and cream daily for a few days until it stops hurting. The cream and the plaster will rapidly hydrate the skin and allow the edges of the crack to join together.

The second most frequent problem I see are foreign bodies in the foot. A foreign body is anything in the skin that shouldn’t be there such as a splinter, glass, sea anemone spines or the most common thing – animal hairs, dog hair especially…

The end of most of these things are sharp and once they penetrate the skin and are walked on, they end up deep in the soft tissue of the foot. Attempts to retrieve them can sometimes push it further in! I’d suggest leaving them alone for a few days. If you’re lucky a small disc of fluid should appear around the foreign body. When this pops it should eject whatever is in there. If after a few days it’s still in there, seek professional help with experts who are used to removing things from the foot. Never use magnesium sulphate or acids, they can make matters worse! 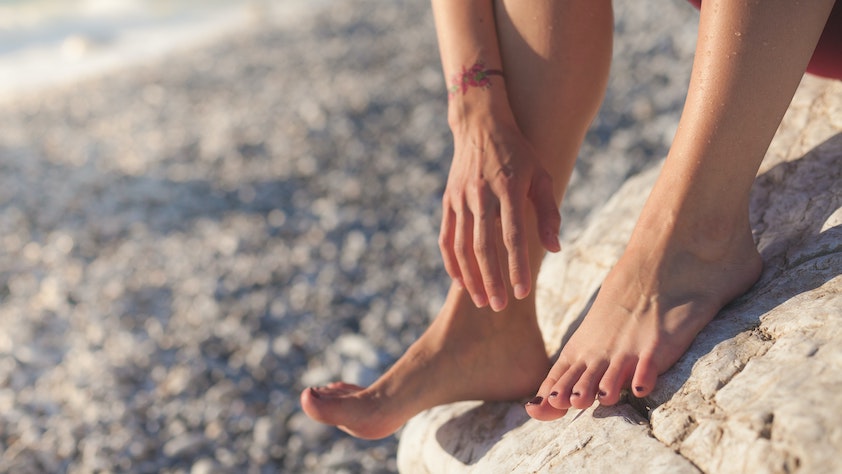 Don’t forget to put suntan lotion on your feet – the skin on top of your feet is very delicate and can easily burn, especially if it has been covered with socks and shoes most of the year.

Don’t cut your nails too short – slightly longer nails will protect the ends of your toes if you bump into anything and cutting them too short can lead to ingrown toenails.

Our Guest Blogger is Andrew Gladstone MCPod and you can find him at www.citychiropody.co.uk

I am sure we will be hearing from Andrew again.

Site Designed and Developed by discomountain.com